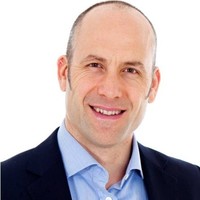 Rob set up Death & Disease in 2007. At that time, no one in financial services seemed to have much passion for protection. The industry view was any actual discussion about death or cancer with clients was to be avoided at all costs – life insurance websites seemed to always feature happy families dancing hand in hand on a beach. In Rob’s experience, that is not what people do if mum has just died from breast cancer, or your top salesman texts from A&E to say they’ve had a heart attack.

Rob called his company Wright and Pryce – the idea being right advice at the right price. It was an awful name. Everyone kept asking “So what do you do?”, to which Rob found himself answering “Well, we do Death & Disease…”

Outside work, Rob has 3 children, 14 chickens and a pig called Sausage.

Try out the Death & Disease Calculator

Tracy Carpenter
07:20 06 Jun 22
I use Death & Disease personally but also highly recommend to my clients because not only is their offering exactly what me and my clients need, the customer service is outstanding. You will never meet a nicer person in business than Rob Brooks. Can't express enough how you need to use Death & Disease - exceptional. Would give 10 stars if I could.

Don Aitken
10:21 30 May 22
Frustratingly, Rob said he couldn't stop me from dying or getting very sick. Luckily, he sorted me out with a policy that will help make my experience of death and disease much less arduous. Serious subjects approached with sensitivity but also humour. Very much recommended. #donsnotdead
See All Reviews
Reg no. 06631717. Death and Disease Limited is authorised and regulated by the Financial Conduct Authority.
© Death & Disease 2022 – All Rights Reserved  |  Privacy & Cookies
Designed & Powered By